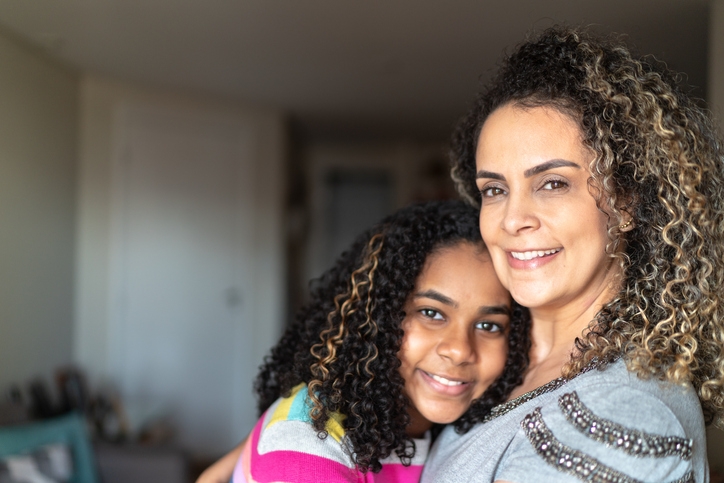 All too often when we think of disability we have a static image in our minds of someone with an assistive device like a cane or a wheelchair. However there are many unseen disabilities and illnesses that can have all kinds of effects and consequences in an individual’s life and which create barriers in one’s ability to function as an able-bodied person would. There’s often a perception in the minds of our clients that because they don’t fit the traditional mould of what a person with a disability looks or acts like, they aren’t entitled to the care and benefits they need. Quinn is a 40 year old mother of three who was always in pretty good health. A year or so ago, Quinn was at work when she started to feel a headache coming on. This was rare for her, as she didn’t often get them. Soon after, she began to feel nauseous and dizzy, as though she was losing her balance. She left work that day but returned the next day feeling much better. However, Quinn started to experience this feeling of dizziness again that afternoon. After several weeks, these episodes were becoming more frequent, and increasingly debilitating. Her doctor was unable to find an exact diagnosis, and worked to figure out if she had an ear infection, if these episodes were being triggered by migraines, or if she had Meniere’s disease. Quinn was unable to work because of these episodes, never really knowing when they would come on - when they did she was totally incapacitated. She was hospitalized for a week after falling down the stairs because of her dizziness. She applied for short term benefits, and like many of our clients, waited for a diagnosis while she took time off work. Outside of when Quinn felt an intense sensation of dizziness or nausea, she was able to move around like she used to and took those times to do gentle exercises. She had read that gentle exercise was supposed to help. However, this new lifestyle started to take its toll, and she was feeling anxious and depressed, unable to live her regular life. When Quinn’s short term benefits ran out, she knew she wasn’t in any shape to work. She applied for long term benefits so she could take more time to figure out the cause of her dizziness and nausea, but her long term disability benefits were denied. The insurance company said that Quinn could work since there were periods where she wasn’t directly experiencing her symptoms. Quinn thought to herself that she should probably just give up and try to go back to work, but her good friend Pruti saw an ad online for Share Lawyers and told her she should try and fight the decision. Pruti could see how Quinn was suffering, both when she was feeling sick and when she wasn’t directly feeling her symptoms. When Quinn called Share Lawyers she thought she had no case and no claim to get disability benefits. We talked Quinn through the realities of her case, reassuring her she had every right to get the benefits she needed. Though her case was challenging, we helped Quinn to get more substantive medical evidence to show the effects of her illness. Share Lawyers was able to prove Quinn was unable to work in her current condition. Quinn was able to get the long term disability benefits she needed. We keep in touch with Quinn, and she’s still working on getting an exact diagnosis. We’re proud we were able to get her the benefits she needed. *All names and identifying details have been changed to protect the confidentiality of all involved.